Drinkin’ champagne on a choo-choo train

The train chug-a-chugs and so do I

Once again, I let this thing fall by the wayside. Sorry.

Anyway, as you probably know, the family and I went to Mongolia for 2 weeks back in March. It was fascinating and we had a great time, but we ate a lot (A LOT) of the same stuff day in and day out. One of my favorite meals from the trip was actually before we even landed; we were served a Korean dish on the plane called bibimbap. It was delicious, and last night I finally decided to try recreating it at home, with great success.

One package of shiitake mushrooms (4-5 total), toasted sesame oil, one red bell pepper, chili sauce, bean sprouts, a cucumber, a carrot, baby spinach (I used about half of a 6 oz bag), one egg per person, and bulgogi, which is Korean-style marinated beef. (Not pictured: rice, soy sauce, and cooking oil.) I bought a package of pre-marinated bulgogi at Trader Joe’s, but there’s a recipe for it here, or you can use whatever catches your fancy. The great thing about bibimbap is that you can pretty much throw in whatever you have lying around.

Start the rice cooking and then turn your attention to the vegetables: dice the red pepper, slice up the mushrooms, peel the cucumber and carrot and cut them into matchsticks. At some point, it’d also be a good idea to cook the meat; mine was already cut into thin strips inside the package, so I laid them out on a broiler pan and broiled them for 5 minutes per side. While that’s happening, saute the pepper and mushrooms in cooking oil (I used canola) until they’re softened but still a little crisp, and add the spinach until it’s wilted. Fry the eggs in a separate pan to over easy.

Once everything is done, cut the meat into manageable pieces, pile some rice in a bowl and cover it with a little bit of everything, then top with a fried egg.

Then, drizzle with a little bit of sesame oil, some soy sauce and chili sauce, mash it around with your fork until it’s unrecognizeable, and eat. This recipe made a ton of food and I ate way too much, but I regret nothing. I think this is going to be a regular favorite at my house from now on. 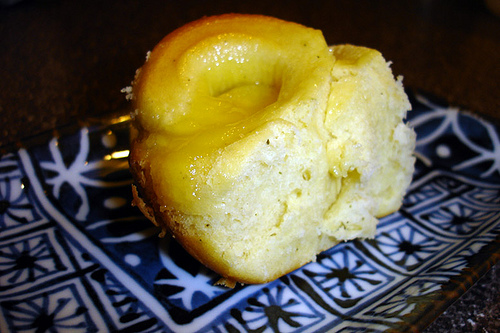 Scott made lavender sugar recently with some dried leaves from our lavender plant, and I came up with this idea while trying to think of ways to use it. I just used a cinnamon roll dough recipe, substituted lavender sugar for the sugar in the dough, and used store-bought lemon curd for the filling. The lavender wasn’t really that noticeable, but I’m really happy with how they turned out. Except for the upset stomach I got from eating too many of them.

The Saturday before last (11/22), I went to go see Micky Dolenz in concert. Yes, it was at some random casino in the wilds of Indiana, and yes, I had to go by myself because Scott refused, but I still had a lot of fun. Especially afterward, when he came out to sign autographs and:

This past week, Scott and I went to his aunt and uncle’s house in Kansas City for Thanksgiving. I didn’t take any pictures while we were there, but we had a great time and ate way too much delicious food, although the drive back was crappy. We were really glad to get back.

We boarded the dogs while we were gone, and had told them to give the dogs baths before we picked them up on Monday. They called us on Monday morning to say that Streets had a few mats in his fur that they couldn’t get out (we’re terrible parents, I know) and that they’d have to give him a haircut in order to bathe him, so we said sure, why not.

Here’s how Streets looks when left to his own devices:

Here’s what we picked up:

I think the girl who brought him out thought I was upset, because when she saw my reaction, she said “Someone told you they were going to do this, right!? It’ll grow back!” At first, I didn’t quite believe that they had given us the right dog, but once he demonstrated that he was himself (he ran outside and puppy-squatted, then jumped into the car and hid his head under the seat. Yeah, definitely the same dog), I was really happy with it. He looks cute and the short hair will be easy to take care of, and he actually smells nice for once. Jamie didn’t get a haircut, but was adorably fluffy after her bath:

I let Streets sleep on the bed last night, because he was clean and for some reason he really wanted to (it normally doesn’t interest him). NEVER AGAIN. He is a giant space hog. Not to be confused with Spacehog. 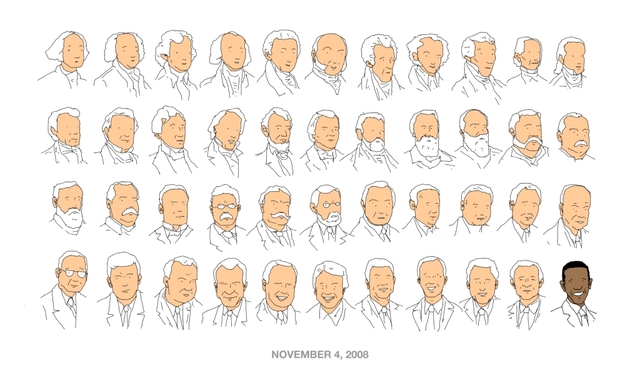 I saw that site a few months ago and that idea had been crawling around the back of my head ever since then. Since I recently bought not only this turn-crank apple corer/slicer/peeler (which is fabulous in its own right; not only does it now take only 30 seconds to prepare an apple for pie, I get to feel like a medieval dungeon master while I’m doing it), but also some smoked cinnamon bacon, I decided that this recipe was perfect for its maiden voyage.

End verdict: YES. The smoky and salty flavors of the bacon go really well with the tangy/sweet apples, and the crust is crispy and flaky (if I may toot my own horn here for a minute). Scott doesn’t really like it, not being big on the whole sweet/salty combination, but I think I’m set on breakfast for the next week and a half or so.

Yikes, I haven’t updated in a while. You haven’t missed much, trust me. I did come back to Omaha for a visit over the weekend of the 14th for my mom’s birthday. Sorry to miss everyone, but it was intended to be a surprise… that is, until I missed my connecting flight in Chicago due to weather delays and got to spend a very long and boring night at O’Hare. GUH. The worst part is that I waffled back and forth for about an hour the night I was packing, trying to decide if I should bring my laptop, and (of course) eventually decided that I wouldn’t need it. Don’t fly United, everybody. They were completely rude and unhelpful and, here’s the best part, they changed gates on us the next morning without telling anyone. Including the pilot. He was hanging out at the gate with everyone, then glanced out the window and said “Oh… that’s the wrong plane,” and had to go send the co-pilot to figure out what was up. Awesome, United. Awesome.

Anyway, the rest of the trip was short, but fun, and Scott and I have been spending our time since then trying to figure out what we’re going to do when our lease is up. Joy. Well, that and watching bad movies. Speaking of which…
Edit: Ok, I’m not sure why it won’t let me embed the video. I wonder if McCain invented WordPress as a side-project when he was hard at work creating the Blackberry. Oh well, you can watch it here.

It would be funnier if it weren’t so disturbingly accurate.

My friend Jen’s birthday was on Saturday, so we had the There Will Be Blood party. Our friends Angelina and Eddie showed up as well as Scott’s friend from work, Nevin, and his wife Robin. We had steak for dinner, followed by a rousing round of “Pin the Bastard in the Basket,” Wii bowling, chocolate lava uh, oil cakes, milkshakes, wine, and Bloody Marys. Oh yeah, and Jen brought a bottle of something called “Chocovine,” which was chocolate mixed with wine. That was gross and the bottle is still sitting, almost entirely full, in my fridge.

All in all, I’d say the party was a success. Some pictures are here if anyone’s interested.

Next Page »
Drinkin’ champagne on a choo-choo train
Blog at WordPress.com.